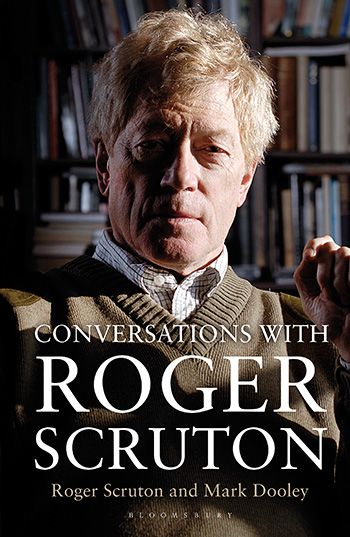 This book reveals what life was like for Roger Scruton growing up in High Wycombe, how he survived Cambridge and how he came to hold his conservative outlook.

It tells of Scruton's rise to prominence while writing for The Times and sheds light on his campaign on behalf of underground dissidents in Eastern Europe. Ranging across topics as diverse as the current state of British philosophy, music, religion, and illuminating what lay behind Scruton's abandonment of academia for his new life on a Wiltshire farm, Conversations with Roger Scruton is an intimate portrait of a writer who has felt philosophy as a vocation and whose defence of unfashionable causes has brought him a wide readership in Britain and around the world.

News from Scrutopia - https://t.co/8RA1bgTQSn
There is still time to register for Friday's Scrutopia Book Club. We are delighted to have Andy Balio lead the con… https://t.co/cjlIkL6mYO
RT @DouglasKMurray: Last week at the Sheldonian theatre in Oxford I had the great pleasure of discussing aesthetics and architecture alongs…
Follow Scrutari semper on Twitter