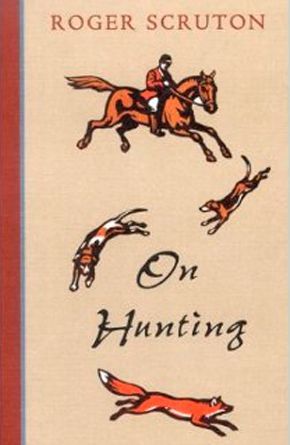 Modern people are as given to loving, fearing, fleeing, and pursuing other species as were their hunter-gatherer forebears.

And in fox hunting, they join together with their most ancient friends among the animals, to pursue an ancient enemy. The feelings stirred by hunting are explored by Scruton, in a book that is both illuminating and deeply personal. Drawing on his own experiences of hunting and offering a delightful portrait of the people and animals who take part in it. Scruton introduces the reader to the mysteries of country life. His book is a plea for tolerance toward a sport in which the love of animals prevails over the pursuit of them, and in which Nature herself is the center of the drama.

Among the most dramatic and ironic discoveries that On Hunting offers the typical American reader is that hunting is about a love of and respect for animals, rather than a blood-thirsty hatred of them, and that the sport, far from being limited to an upper-class, old-monied aristocracy, is really one promoting an egalitarian meritocracy.

'A personal polemic that is by turns moving, irritating, certainly right and plain wrong. There are pages where I could not agree with him more, followed by rafts of ideology that make me want to flog him' Jeanette Winterson, The Times.

If you would like to purchase a copy of this book -

We are excited to be able to share with you the first in our open philosophy day series, the Green Philosophy Programme. Please join us on Sunday 6th September at Sundey...

We are delighted to share with you the wonderful programme which has been thoughtfully curated with Roger’s interests at heart for this year’s Alumni meeting.We recognise that many of you...

Bloomsbury (2009) Roger Scruton is one of the outstanding British philosophers of the post-war years. Why then is he at best ignored and at worst reviled? Part of the reason...

Wagner's Parsifal: The Music of Redemption

‘Wagner’s Parsifal – The Music of Redemption’  This short but penetrating book, by a writer who was uniquely both a leading philosopher and musicologist, shows us how Wagner achieves this...

Souls in the Twilight

Beaufort Books  (October 2018) As the lights that have guided us go out, people begin to wander in the twilight, seeking their place of belonging. In these stories, set in...