Set in the twilight years of the Czechoslovak communist regime, this novel describes a doomed love affair between two young people trapped by the system. Roger Scruton evokes a world in which every word and gesture bears a double meaning, as people seek to find truth amid the lies and love in the midst of betrayal.

Underground Notes tells the story of Jan Reichl, condemned to a menial life by his father’s alleged crime, and of Betka, the girl who offers him education, opportunity, and love, but who mysteriously refuses to commit herself.

Through his encounter with the underground culture and the underground church, Jan comes to understand that truth will always elude those who pursue it, and will come only when they least expect it, often, as in this case, with devastating results. As the story moves to its tragic conclusion the communist system enters its death throes. Jan enjoys freedom at last, only to understand that he has lost the love that would have made freedom meaningful.

Roger Scruton gives an unforgettable portrait of Prague and its underground life, as it was during the 1980s, and before the communist collapse. And he provides a unique insight into the fears and hopes of young people, at a time when it was often a crime to be young.

A Powerful analysis by Dan Mahoney in the Voegelin Review, can be read HERE.

If you would like to purchase a copy of Notes from Underground - please buy online and your order will be processed as soon as possible.

‘Living with Beauty’ the report of the Building Beautiful Building Better Commission was launched on 30th January by the Secretary of State Robert Jenrick MP and Roger’s co-chair Nicholas Boys-Smith....

Advance Order: The Classical Vernacular: Architectural Principles in an Age of Nihilism.

Beaufort Books  (2nd Edition October 2019) Set in the twilight years of the Czechoslovak communist regime, this novel describes a doomed love affair between two young people trapped by the...

Souls in the Twilight

Beaufort Books  (October 2018) As the lights that have guided us go out, people begin to wander in the twilight, seeking their place of belonging. In these stories, set in...

Music as an Art

Bloomsbury  (August 2018) Music as an Art begins by examining music through a philosophical lens, engaging in discussions about tonality, music and the moral life, music and cognitive science and German... 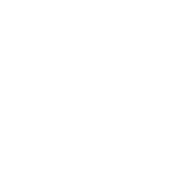